Shawn, Josh and Steve (Bt) went to GDC in San Francisco last month to show off Quest For Infamy to the public! We had several backers show up, meet and chat with us – as well as play QFI in our show loft!  It was an amazing time – we were able to show the game to a lot of people, and we met some amazing people and peers!  Ragnar Tornquist stopped by and showed off a bit of “Dreamfall” The upcoming Longest Journey Sequel, and I can say – it was awesome!  If you haven’t seen the game play video that’s out there, check it out.  I can say, it’s a really cool experience to see the developer play the game they’ve been working on, and talk with them about development, and trade war stories.  He also played Quest For Infamy while there, and was really charmed by it, apparently! Heh.  Jane Jensen was also there, in our loft, showing off Moebius and Gabriel Knight: Sins of The Father 20th Anniversary Edition – and she was sweet, charming and gracious to us – sharing stories of working at Sierra, working on KQ6 and sharing office space with Scott Murphy of Space Quest fame. 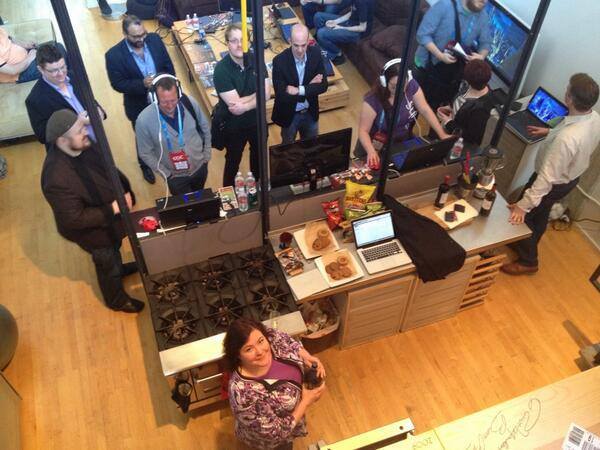 Shawn and Steve, doing what they do, and Jane Jensen, smiling for the camera! 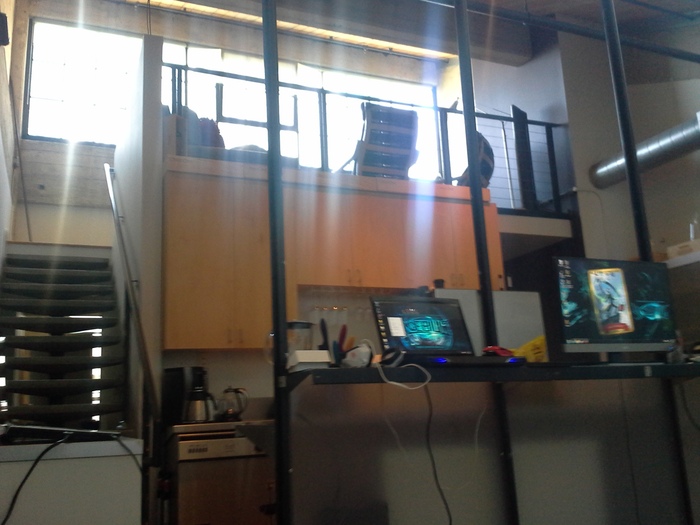 View in the Loft at GDC, where we demoed QFI

Phoenix Online, our publisher, really put us out there and had us meet with many of the press – it was a very exciting experience, and I had to pinch myself many times to make myself believe I was there.  Many times during our trip, I kept thinking about you all – our backers – and how we got to make this game because of you, and I know I can never say thank you enough for believing in us and taking a chance with us.  We held our own amongst others who had Kickstarters who raised far more than us, but I know our fans are more fervent, loyal, inspiring and amazing!  I can’t wait to be able to share the game with you – and, like I said, we’ll have big news coming soon. 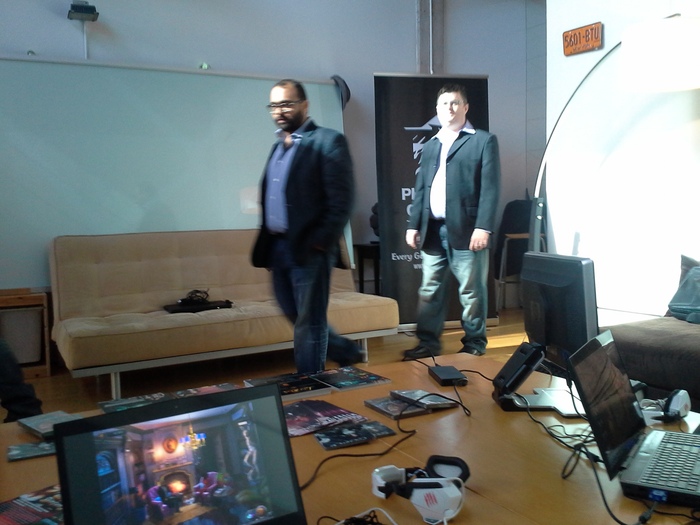 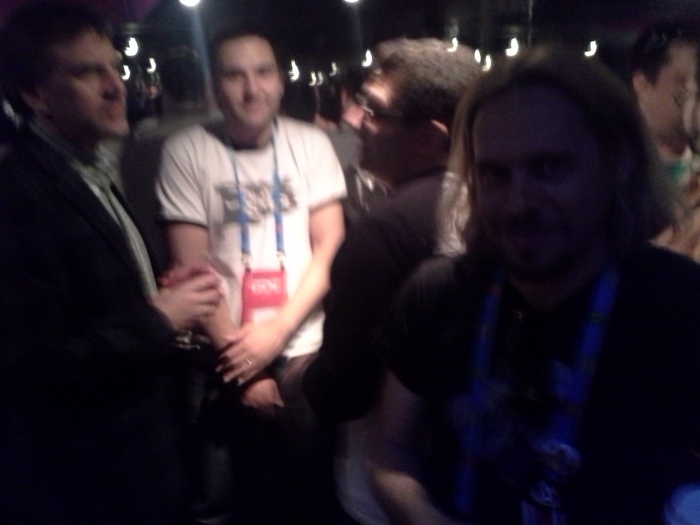 Had to share this. We attended “The Adventure Party” where we met some great people, like Oded Sharon on the far Right, Dave Gilbert behind him, and some guy on the left named Ron Gilbert. Apparently made something like Monkey House or Island, I dunno..

I’m kidding.  Ron Gilbert – the man who created the SCUMM Engine and made Monkey Island? To say I was humbled is me putting it lightly! 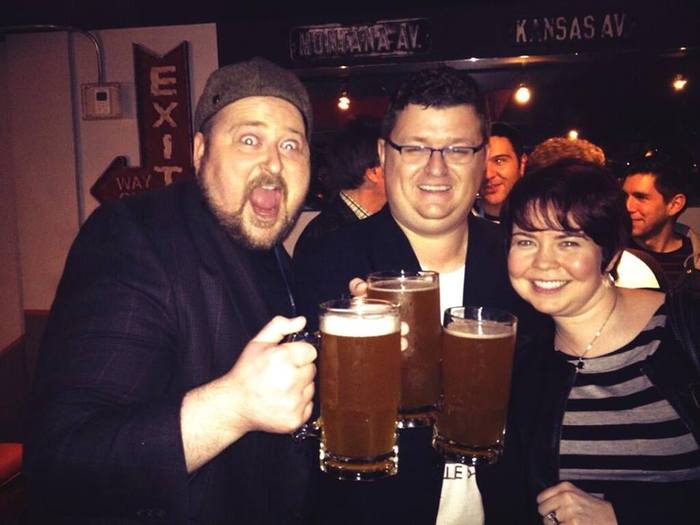 Steve, Shawn and Katie from Phoenix at The Adventure Party. Bt is not having a good time, as you can see. 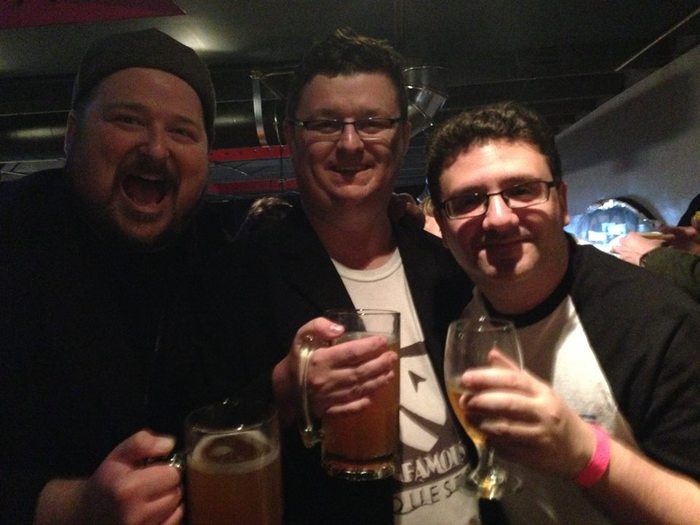 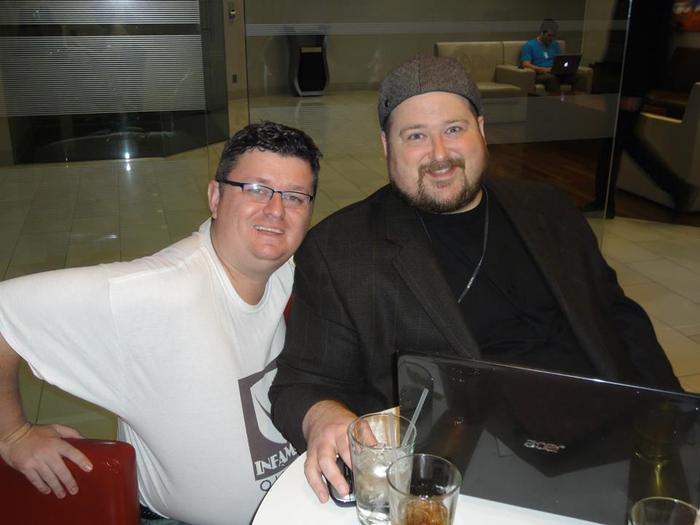 Shawn and Steve – after a long day at GDC, unwinding in the Hotel Bar… with more computers. 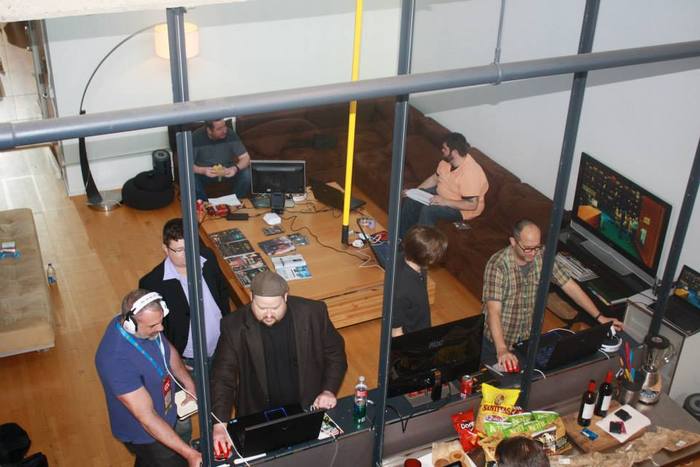 Shawn and Steve demoing QFI for the Press! 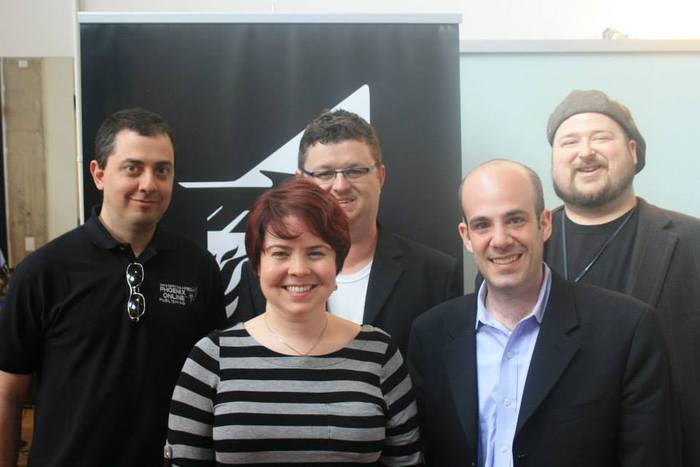 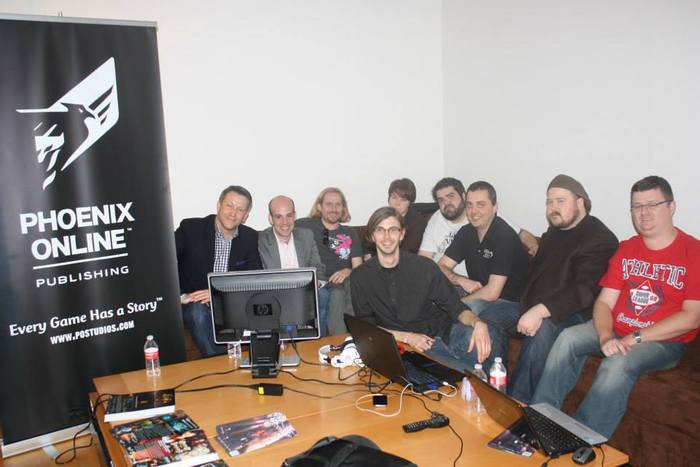 The Whole Crew up in the loft at GDC

Anyway – just wanted to share a few photos – and, again, say thank you backers.  The end is in sight.  We all still have more to come, but we’re almost there – and it’s been my privilege to create this game for you.  I thank you, from the bottom of my heart, and I will always acknowledge that I couldn’t have made this game without the help of about 1,900 friends.